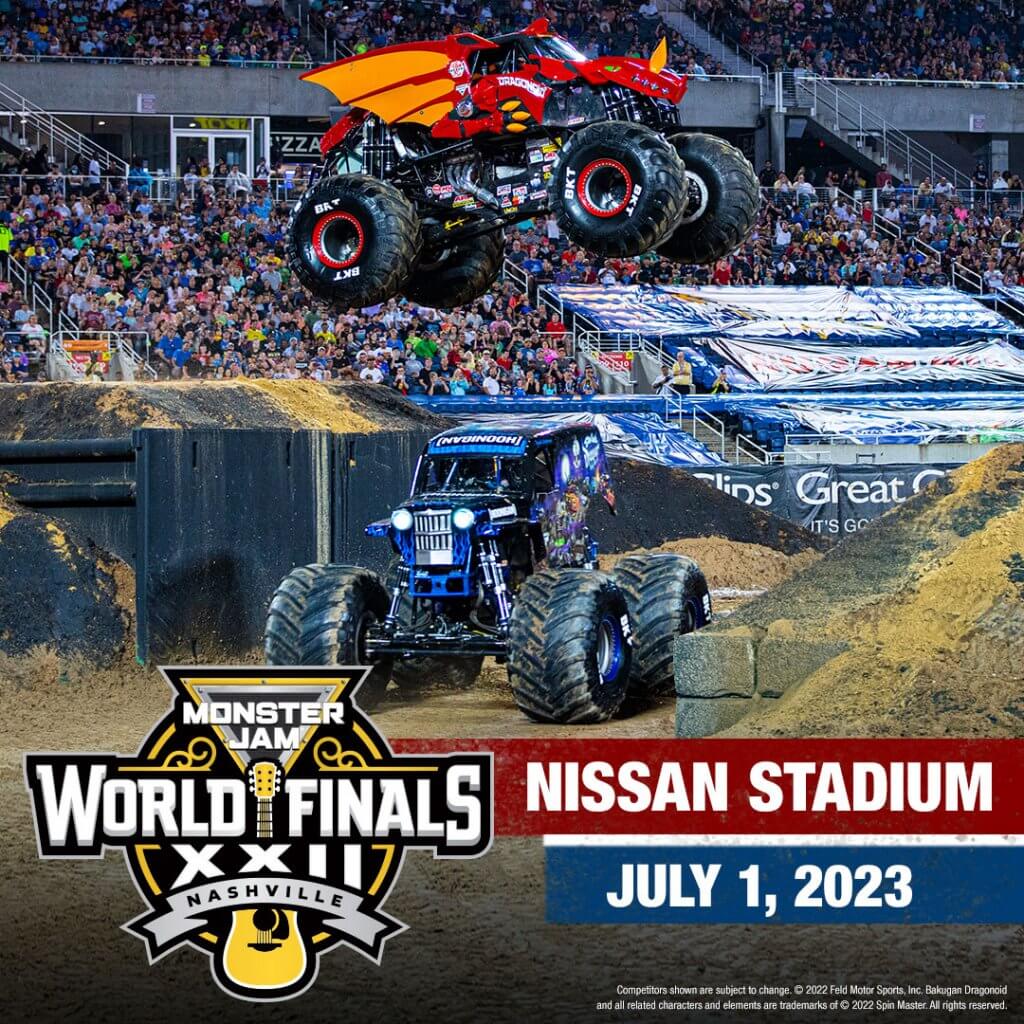 Champions will be crowned and legends made when Monster Jam World Finals® races into Music City for the first time ever with the biggest event of the season at Nissan Stadium in Nashville on July 1, 2023. This marquee event brings in fans from all over the globe to see some of the best monster trucks and world-class drivers compete for a total of four championships in Racing, Freestyle, High Jump and Skills competitions, plus an unforgettable Monster Jam World Finals- exclusive stunt that fans will be talking about for years. Be there for all the gravity-defying action! Monster Jam World Finals…As Big As It Gets™

Nashville will become only the 3rd host city for Monster Jam’s annual trademark event and will feature the largest collection of trucks and drivers ever to visit Music City. This prestigious event wraps up the competition season with the five Series Champions from the Stadium and Arena Series receiving an automatic bid for the Racing and Freestyle competitions. Additional world-class drivers will round out the competition. 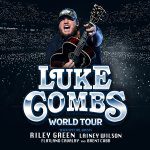 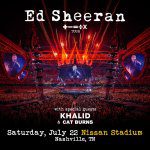