NASHVILLE — Nashville Soccer Club returns to action on Saturday, Sept. 26 (2:30 p.m., CT) when it hosts the Houston Dynamo, presented by Captain Morgan. The nationally-televised match will be available on UNIVISION/TUDN in Spanish and streamed live in English on Twitter.

Nashville SC enters the match riding a four-match unbeaten streak at Nissan Stadium after posting its highest offensive statistical output of the season in a 4-2 win over Atlanta United FC on Sept. 12 and a 1-0 shutout victory in a mid-week contest over D.C. United. Nashville’s lone loss at Nissan Stadium dates back to Feb. 29 in its inaugural match against Atlanta.

Coming into its 13th league fixture, Nashville has amassed a 4W-3L-3D record and five shutouts since returning to Major League Soccer action on Aug. 12, with six of the 10 matches taking place on the road.

Broadcast all across the country. 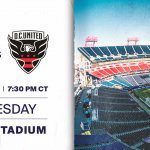 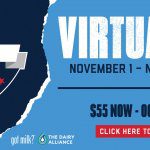