With Sunday’s MLS Decision Day 2020 presented by AT&T on the horizon, Head Coach Gary Smith decided to make four changes from Saturday’s 1-1 draw with Chicago Fire FC. Nashville now sits in eighth place in the Eastern Conference, level on points per game with the New York Red Bulls but behind on the wins tiebreaker.

Not our night at home.

Maestro Godoy: Midfielder Aníbal Godoy held down the center of the field with aplomb against Dallas. His stability was crucial in Nashville holding 55.5% of the ball in the match. In addition, he made 10 recoveries, five interceptions, two tackles, one key pass, one dribble and one defense-splitting ball to Dan Lovitz in the 65th minute that was slightly too far ahead of the left-back to redirect into the center of the box. He even won a match-high five fouls on the night, showing how good he was with the ball at his feet.

Zimmerman Impressive Against Former Club: Walker Zimmerman solidified his case for MLS Defender of the Year with his performance against his first MLS team. He made seven recoveries, one clearance, one interception and one tackle on the defensive end. He even completed a dribble and had two shots.

Willis Shows Quality: Despite not being able to extend his shutouts to 10 on the season, Joe Willis, who currently leads all MLS goalkeepers with nine clean sheets still put on the performance fans have come to expect from him this season. He made five saves, including two difficult ones in quick succession in the first half. The first came in the 16th minute when he dove low to his left to deny Andrés Ricaurte, and the second occurred when Willis reacted to save a point-blank header from 17-year-old striker Ricardo Pepi.

Playoff Scenarios: Nashville currently sits in eighth place in the Eastern Conference going into Sunday’s Decision Day, presented by AT&T. The club can only finish in sixth, seventh or eighth place in the standings, and will require a win, a two-goal difference, and help from other results around the league to bypass the play-in round and face the third-seeded team in the standings.

DAL – Ryan Hollingshead, 19th minute: Hollingshead latches onto an over-the-top through ball down the left wing, dribbles into the box, and loses the ball to Walker Zimmerman on a last-ditch tackle. The ball then falls back to Hollingshead’s feet, where he slots it into the back of the net.

Up Next
Nashville SC visits Orlando City SC on Sunday, Nov. 8. The match kicks off at 2:30 p.m. CT from Exploria Stadium and will be broadcast live on CW58, ESPN 94.9 and El Jefe. 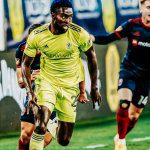 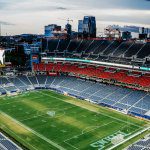