CHICAGO (July 4, 2021) – For the USMNT’s first home match of the 2022 FIFA World Cup Qualifying campaign, the U.S. Soccer Federation has selected Nashville as the host of USA-Canada, presented by Volkswagen.

The match will be played Sept. 5 at Nissan Stadium, with kickoff and ticket sales information to be confirmed in the near future. FS1, UniMás and TUDN will carry the match live at 7 p.m. CT (8 p.m. ET).

U.S. Soccer would like to thank the Tennessee Titans, the City of Nashville, the Nashville Convention & Visitors Corp and Nashville SC for their support in hosting this important event in Music City.

With winning at home vital to any team’s chances of qualifying for the World Cup, venue selection is a critical component. USMNT head coach Gregg Berhalter recognized Music City’s growing soccer culture and outstanding facilities as key factors in the selection.

“We know that one of the things critical to our success in World Cup Qualifying is having a strong home crowd and winning our home games,” said Berhalter. “When I think about the stadium, the field, and a crowd that’s full of energy, there’s no better place to kick off our home World Cup qualifying series than in Nashville. It’sa vibrant city and we look forward to playing there.”

Currently home to Nashville SC, the city has developed a rich history of supporting the MNT and drawing impressive crowds. The USA began its march to the 2017 Concacaf Gold Cup title by playing to a 1-1 draw with Panama in front of 47,622 fans –then a record attendance mark for soccer in the state of Tennessee.

A year later, more than 40,000 fans witnessed the first international goal by Tyler Adams and a stout U.S. defense deliver a 1-0 shutout victory against regional rivals Mexico. Most recently, the USA endured muggy conditions and an 88-minute weather delay in the middle of the first half to overcome Jamaica 3-1 in the semifinal of the 2019 Concacaf Gold Cup. Christian Pulisic earned ussoccer.com Man of the Match honors with a pair of second half goals, piggybacking on Weston McKennie’s opener.

Overall, the USA has amassed a4-2-1record in Nashville.

The match against Canada is part of the ‘triple date’ to open World Cup Qualifying during which the U.S. will play three matches in seven days. The campaign kicks off with the USMNT traveling to face El Salvador on Sept. 2 at the 53,000 seat Estadio Cuscatlánin San Salvador. Three days after the Canada game, the USMNT takes on Honduras in San Pedro Sula.

Under the new qualifying format, a total of eight teams –increased from six in previous cycles -will compete in the Final Round, with the top three teams advancing to Qatar ’22. The fourth-place team will participate in an Intercontinental playoff for the last spot.

The 10 matches in the Final Round had typically been played during the course of 18 months. Due to schedule changes related to the global pandemic and the new format, each team will play 14 matched in seven-month period. 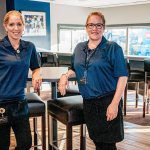 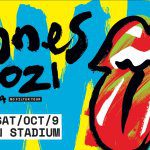