Feld Motor Sports announced today tickets are on sale for all 17 rounds of the 2023 Monster Energy AMA Supercross season, with Nashville returning to the racing schedule after four-year hiatus, racing through Music City at Nissan Stadium on April 29, 2023.

Ø  Pre-sale begins today for Supercross Insider Preferred Customers and will run through next Monday, October 17. Tickets will then become available to the public starting on Tuesday, October 18.  Fans can sign up for preferred access or make ticket purchases online at SupercrossLIVE.com.

The 17-race schedule, now a part of the 31-race SuperMotocross World ChampionshipTM schedule, will visit 16 cities spread across 12 states including California, Texas, Florida, Washington, New Jersey, Tennessee, and Colorado.   The Supercross season will conclude on Saturday, May 13 at Rice-Eccles Stadium in Salt Lake City where we will once again crown a Supercross World Champion.

Storylines abound for the 2023 Supercross season as the 450SX Class continues to feature some of the most talented athletes the sport has ever seen. Three Supercross champions will be competing for another title – 2-time defending Supercross World Champion and ESPY award winning Eli Tomac, 2-time world champion Cooper Webb and 2018 world champion Jason Anderson as both a domestic and international “who’s who” list of competitors vie for their first title – Marvin Musquin (France), Dylan Ferrandis (France), Chase Sexton, Adam Cianciarulo, Malcolm Stewart, Justin Barcia, Aaron Plessinger, and Christian Craig, all from America.

The Eastern Regional 250SX Class Championship will be contested at the following rounds:

Supercross FanFest, an event within itself returns to Nashville, the expansive outside footprint features first and foremost, unprecedented access to the sport’s biggest stars with an up-close and intimate view of their race bikes and team rigs.  Also featured will be Monster Energy exhibitions, a Monster Energy Supercross – the Official Video Game 6 display where fans can play the game, an interactive FLY Racing pump track for the little ones, sponsor displays, photo opportunity set ups, plus food and beverages.  As the name implies, FanFest is a festival for the fans and has become a major part of the Supercross experience where fans can jump back and forth between the paddock and the stadium to also watch practice and qualifying.   FanFest passes are priced at $15 each.

Kicking off its 24th year of racing, KTM Junior Supercross, presented by Wells Fargo will return to competition and the 2023 program at Round 15 in Nashville will feature participants racing aboard KTM’s highly competitive electric KTM SX-E 5 platform, with a fully solar operational semi and set up.  A fan favorite, KTM Junior Supercross, presented by Wells Fargo will take place at 10 rounds followed by an 11th championship round at the Supercross season finale in Salt Lake City.  For program overview please visit www.KTMJrSX.com.  Registration for the 2023 season opens October 14th online at KTM Junior Supercross Registration.

TICKETS: Tickets and FanFest Passes will be available for purchase online at

Ticketmaster.com or in-person at the venue box office

This past off-season, the Monster Energy AMA Supercross Championship became part of the 31-event SuperMotocross World ChampionshipTM that also includes the AMA Pro Motocross Championship. The overseeing entity, the SuperMotocross League, will unify the unique elements of the two seasons—athletes, race teams, sponsors, organizers, and most importantly the fans—and combine the best of both forms of racing: the profound technical skill and precision needed to excel in Supercross, and the sheer speed and endurance required for success in Pro Motocross. This new form of racing is defined by what will become the world’s most challenging tracks—designed to test athletes both physically and mentally. Race teams and manufacturers will be faced with the new challenge of finding the right balance in their bike and suspension set ups, one that is best suited for combined stadium and outdoor track elements. As a result, fans’ perceptions will be challenged when they watch the world’s best racers compete on a track requiring a new, combined skillset to win.

All 17 rounds of the Monster Energy AMA Supercross Championship will be streamed live domestically on Peacock, while broadcast coverage will be shared between NBC, USA Network, and CNBC.

Fans are encouraged to sign up for the official Monster Energy Newsletter via the official website, www.SupercrossLive.com, for up to date ticket information and promotional offers.

Monster Energy AMA Supercross is the most competitive and highest-profile off-road motorcycle racing championship on the planet. Founded in America and sanctioned by the American Motorcyclist Association (AMA) since 1974. Over 17 weeks, Supercross attracts some of the largest and most impressive crowds inside the most recognizable and prestigious stadiums in North America to race in front of nearly one million live fans and broadcast to millions more worldwide. For more information, visit SupercrossLIVE.com.

About the SuperMotocross World Championship:

About the American Motorcyclist Association:

Founded in 1924, the AMA is a not-for-profit member-based association whose mission is to promote the motorcycle lifestyle and protect the future of motorcycling. As the world’s largest motorcycling rights and event sanctioning organization, the AMA advocates for riders’ interests at all levels of government and sanctions thousands of competition and recreational events every year. The AMA also provides money-saving discounts on products and services for its members. Through the AMA Motorcycle Hall of Fame in Pickerington, Ohio, the AMA honors the heroes and heritage of motorcycling. For more information, visit americanmotorcyclist.com. 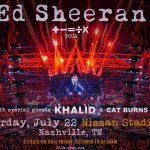 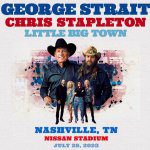