Nashville Soccer Club announced today their schedule for the 2021 Major League Soccer season, powered by Ticketmaster. Nashville SC will open the season with a four-match homestand at Nissan Stadium that will kick off on April 17 against rival FC Cincinnati, presented by Jackson, and finish with the Boys in Gold hosting New England Revolution on May 8.

“Everybody is excited to see MLS back for the 2021 season,” said Ian Ayre, Nashville SC CEO. “It goes without saying that 2020 was a difficult year for everyone including soccer. However, as we continue to see progress in vaccine distribution and other areas, we are encouraged to see that many things are moving in a good direction.

“Our players are back to practice and pre-season, we have new players on our roster that we expect to bring greater depth to our team and our fans and our city continue to show their support by increasing the number of season tickets we have sold for 2021 beyond those we sold in 2020. With our new stadium on the horizon and a chance to have increased capacities of fans at games whilst maintaining the necessary safety and distancing, all point to exciting times ahead,” concluded Ayre.

The club is actively working with city officials and health authorities to determine the number of fans who will be allowed in the stadium. Fans interested in securing a seat for the club’s season opener and beyond should pursue a 2021 season ticket membership as Nashville SC Season Ticket Members will receive priority for seating.

As part of the 2021 Nashville SC Schedule announcement, the club has partnered with local businesses and community organizations to share a word of encouragement after a year of overcoming adversity. While the City of Nashville looks to the future with resilience, strength and hope, Nashville SC will look to keep building off a historic inaugural MLS campaign that saw them become the first expansion team since 1998 to win an Audi MLS Cup Playoff match.

Nashville SC will be featured on national television three times this season, starting on May 2, when they host 2020 expansion counterpart Inter Miami CF on ESPN. The next two nationally televised fixtures will see the Boys in Gold welcome 2021 expansion side Austin FC on May 23 on FS1 and travel to Atlanta United FC on Aug. 28 for Rivalry Week, presented by Heineken, on Univision.

The summer of soccer will continue with five consecutive home matches starting on June 23 against Toronto FC and concluding on July 17 against Chicago Fire FC. Nashville SC will conclude the regular season on Decision Day against New York Red Bulls at Nissan Stadium on Nov. 7.

The top seven seeded teams from each conference will advance to the Audi 2021 MLS Cup Playoffs which will culminate in MLS Cup on Dec. 11 at 2 p.m. CT. 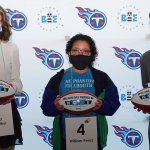 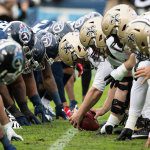