The 2022 NHL Stadium Series will mark Nashville’s second appearance in a regular-season outdoor game, with the first being the 2020 Bridgestone NHL Winter Classic, which became the second-highest attended game in League history and saw more than 20,000 Predators fans travel to the Cotton Bowl in Dallas, Texas to take part in the once-in-a-lifetime experience. Tampa Bay, making its first such appearance, will become the 27th NHL team to participate in a regular-season outdoor game.

“Tennessee is home to the best sports fans in the world, and we’re honored that Nashville has been chosen to host the 2022 NHL Stadium Series game this February,” Tennessee Governor Bill Lee said. “Smashville is ready to welcome thousands to Nissan Stadium and show hockey fans all that Music City has to offer.”

“Nashville loves being home to the Preds,” Nashville Mayor John Cooper said. “They are a great team and strong partners in our community, giving us reasons and opportunities to rally together on and off the ice. We’ll be cheering for them from the Metro Courthouse when they take on Tampa Bay in the NHL Stadium Series this winter.”

“An NHL Stadium Series game has been on our wish list since they started,” Nashville Convention & Visitors Corp. President/CEO Butch Spyridon said. “We are excited to host this game and the timing could not be better for us as this will be a boost to our hospitality industry recovery.”

“The NHL Stadium Series™ has visited many of our country’s premier outdoor sports venues, and we’re honored to have Nissan Stadium join that list this upcoming February,” Tennessee Titans President and CEO Burke Nihill said. “Hosting the Predators at our home is such a unique opportunity to bring a big piece of Nashville’s sports community together in one place, and we’d like to extend our thanks to the NHL for allowing this to happen. We can’t wait for Nashville to experience the magic of outdoor hockey at Nissan Stadium.”

“The opportunity to host one of the NHL’s marquee events next February at Nissan Stadium is a true testament to our fans, who are the best in sports,” Predators President and CEO Sean Henry said. “It is so exciting to partner with the Tennessee Titans, Nissan and the NHL to once again have SMASHVILLE welcome the entire hockey community with open arms for another unique spectacle that will allow our fans’ passion to redefine another incredible event. We know that our community will be on full display, just as it was during the 2016 NHL All-Star Game, the 2017 Stanley Cup Final and the 2019 NFL Draft, all of which changed how each event is hosted and celebrated today. We’d like to wish a special thanks to the Governor, Mayor’s Offices and the CVC for the commitment they’ve already shown to this event, and we are looking forward to working with the NHL, its partners and the Tampa Bay Lightning to help make this the best outdoor game in League history.”’

Details on how to secure tickets to the event will be released at a later date.

Located across the Cumberland River and just a short walk from Bridgestone Arena, Nissan Stadium will become the eighth football stadium and fifth NFL venue to host an NHL Stadium Series game. The Titans have called Nissan Stadium home since it opened in 1999, and the venue has hosted countless sporting events and concerts in that time.

ESPN, Turner Sports, Sportsnet and TVA Sports are the NHL’s broadcast partners for the 2021-22 season and will provide comprehensive coverage throughout the upcoming campaign. Additional details relating to Nashville’s NHL Stadium Series game, including ticketing and broadcast information, will be released at a future date. Fans can sign up for news and information on all the NHL’s events at NHL.com/events. 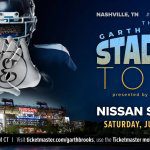 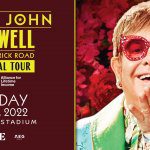