WWE® (NYSE: WWE) today announced its 2022 calendar, which includes a historic stop at Nissan Stadium, home of the Tennessee Titans, as SummerSlam® will be held in Nashville for the first time ever on Saturday, July 30, 2022.

This is the first time in history the dates and locations of the following year’s pay-per-view schedule have been announced in the year prior. The 2022 slate will also mark a new record for the most stadium events (a minimum of four) in a year for WWE.

The schedule is as follows*:

In addition to the events above, pay-per-views taking place in February and October will be announced in the near future. Fans interested in up-to-date ticket information for 2022 WWE pay-per-view events can register at https://www.wwe.com/2022-PPV.

“Since returning to live events this past July, our fans have graciously expressed a tremendous appetite to attend WWE shows. As they begin to make plans for next year, we wanted to make sure that the 2022 schedule and locations of our pay-per-views was made available to them,” said Nick Khan, WWE President & Chief Revenue Officer.

All events will stream live exclusively on Peacock in the United States and WWE Network everywhere else. 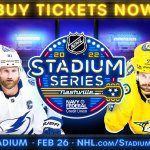 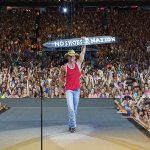 Kenny Chesney Gears Up For ‘Here And Now 2022’ Stadium Tour, Set For May 28 at Nissan StadiumConcerts, Events, News