The Titans staged a furious second half rally on Sunday at Nissan Stadium, but in the end it wasn’t enough in a 27-24 loss to the Pittsburgh Steelers.

The Titans weren’t making any excuses after the contest. Instead, they kicked themselves for falling behind by such a big margin early.

“We weren’t very good in all three phases – we just had too many mistakes,” Titans Coach Mike Vrabel said. “It was uncharacteristic of our team in all three phases. This was clearly the best team we’ve played to this point, and if we didn’t play our best we were going to lose.”

Quarterback Ryan Tannehill completed 18-of-30 passes for 220 yards and two touchdowns in the contest on a day when running back Derrick Henry ran for 75 yards and a touchdown on 20 carries. Receiver A.J. Brown had six catches for 153 yards, including a 75-yard touchdown catch.

But it wasn’t enough for the Titans, who fell to 5-1. The Steelers, meanwhile, improved to 6-0 after the battle of AFC heavyweights.

It was just the eighth matchup between undefeated teams in Week 7 or later in NFL history.

“We were a play away,” Brown said. “In this league you just have to keep playing and keep fighting. (The Steelers) are really good, we’re good. It’s the details that show up. I think we’re close. We have to clean up some stuff, but it early in the year. … Today, we fell short, but … I think we’re OK. We’re going to clean up the details and keep moving forward. … I think this loss kind of helped us, to be honest. When you are winning, you sweep a lot of stuff under the rug. Some things go unnoticed because you are winning. We just have to play better the whole game and be more consistent.”

Every A.J. Brown catch from his 153-yard game #PITvsTEN

The Titans trailed 27-7 in the third quarter before rallying.

A 73-yard touchdown pass from Tannehill to Brown cut the lead to 27-14, and the play gave the Titans life with 9:36 left in the third quarter.

Following an interception by Titans linebacker Jayon Brown on a ball that was tipped by defensive lineman Jeffery Simmons, Gostkowski kicked a 51-yard field goal to cut the lead to 27-17 with 2:55 left in the third quarter.

An interception by defensive back Amani Hooker in the end zone with 2:35 left gave the Titans a chance late, but after a long drive stalled at the Pittsburgh 28-yard line, the Titans sent Gostkowski in to tie it with 19 second remaining.

But after kicking three game-winning kicks earlier in the season, Gostkowski’s kick missed, and the Steelers left town with the win.

“It’s a gut punch,” Tannehill said. “Obviously we didn’t play well early in the game, but we battled back and guys never stopped believing. The defense made some huge plays with interceptions, and gave us an opportunity, and we were able to score some points and put ourselves in a position to tie it up with the field goal at the end.

“So, I’m proud of the way our guys battled. It was a gut punch to see that kick go wide right. I had a ton of confidence that Steve was going to nail that kick, but unfortunately it was a little bit wide. But it doesn’t come down to Stephen – there’s a lot that I could have done better and things we can do better as an offense throughout the game so that we’re not in that situation at the end.”

Gostkowski said he was sorry for letting the team down.

“I had an opportunity to tie the game up,” Gostkowski said. “I felt pretty good all game, and came out there and it went right down the middle and faded to the right. I’ll have to look at it. Just very disappointed to let the team down like that. I was confident going out there but didn’t get it done. Just not very good right now.”

The Titans made things difficult on themselves by getting off to a brutal start.

And their inability to get off the field on third down continued to be a big problem.

The Steelers scored on their opening possession on an 11-yard touchdown pass from quarterback Ben Roethlisberger to receiver Diontae Johnson, and after a quick three-and-out by the Titans, the Steelers made it 14-0 on another long scoring drive, this one capped off with a one-yard touchdown run by Benny Snell Jr..

After the Titans then got on the board with a four-yard touchdown pass from Tannehill to receiver Corey Davis to make it 14-7 with 5:26 left in the second quarter, the Steelers extended the lead to 17-7 on a 38-yard field goal by kicker Chris Boswell before scoring another touchdown before the half on another Roethlisberger-to-Johnson touchdown pass, this one from nine yards, and that made it 24-7.

The Steelers extended the lead to 27-7 on another field goal from Boswell.

Then came the rally from the Titans, but on this day, it wasn’t enough.

“Obviously I am very proud of our team by the way we fought back,” safety Kevin Byard said. “But at the end of the day you can’t spot a great team that’s probably going to be in the playoffs (a lot of points). I love the resiliency in the second half, but at the end of the day our third down defense and red zone defense is going to have to be better if we’re going to continue to win games.

“Every game is a learning process for us. At the end of the day, we are still 5-1. The roof obviously hasn’t fallen through. We are still playing good football up to this point. This is a game that we learn from. Obviously, we know that we are resilient team, and we know that we can come back from a big deficit. But it’s the consistency, and as we continue to progress throughout the season we have to watch the second half, and see how we were playing, and see the effort and things that we were doing, and watch the first half as well and be critical, and say: ‘How do we play the way we played in the second half throughout the entire game?’ That is going to be the key, especially on defense.”

The Titans travel to Cincinnati to face the Bengals on Sunday. 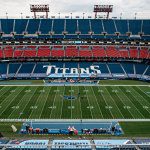 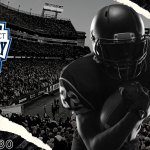