NASHVILLE — The Tennessee Titans return to action Tuesday night to face the Buffalo Bills in a clash of undefeated teams at Nissan Stadium (6 p.m., CDT).

The game was originally scheduled for Sunday, Oct. 11, but the NFL announced last Thursday that the Week 5 matchup was being rescheduled to Tuesday night. The Titans have dealt with a number of positive COVID-19 tests since the team’s Week 3 game at Minnesota. Per the league, the scheduling decision was made “to ensure the health and safety of players, coaches and game day personnel and in consultation with medical experts.”

All tickets purchased will be valid for Tuesday’s game. Stadium gates will open at 4 p.m.

Last week’s Week 4 scheduled contest between the Titans and Pittsburgh Steelers was also postponed and will be made up on Sunday, Oct. 25, the original date of the Titans’ bye.

“Our guys prepared for the season, they want to play,” Vrabel said. “I know they are anxious to get back, to get out on the practice field, and to continue to play games. And to compete against a very good Buffalo team that is 4-0…We know the challenge, and that is where our focus is.”

Titans vs. Bills rescheduled for Tuesday at @NissanStadium

This week’s game will be televised on CBS, including Nashville affiliate WTVF NewsChannel 5.

The Bills kept their record perfect after traveling to Las Vegas and defeating the Raiders 30-23 in Week 4. Their earlier wins came, in order, against the New York Jets, at the Miami Dolphins and against the Los Angeles Rams.

Third-year quarterback Josh Allen passed for 288 yards and two touchdowns and added a rushing touchdown in the win at Las Vegas. For the season, he ranks second in the NFL in passing yards (1,326), passing touchdowns (12) and passer rating (122.7), and he has three total rushing touchdowns.

Sean McDermott is in his fourth season as Buffalo’s head coach. The former Carolina Panthers defensive coordinator led the Bills to the playoffs in two of his first three seasons, including a 10-6 record and a wild card playoff berth in 2019. 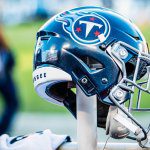 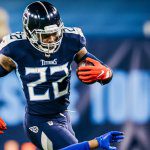