Donegan is a 1969 graduate of Hillsboro High School and has been the Titans stadium announcer for the past 23 seasons. More on Donegan’s story can be found on tennesseetitans.com.

County group Runaway June will perform the pre-recorded national anthem prior to Sunday’s kickoff. The trio, consisting of Natalie Stovall, Naomi Cooke and Jennifer Wayne, were named to CMT’s “Next Women of Country” campaign in 2016, and have performed on tours with some of country music’s biggest names, such as Carrie Underwood and Garth Brooks. They have performed on several national television programs such as the CMA Awards, ACM Awards, CMT Awards and TODAY, Good Morning America, and CMA Country Christmas.

Time almost out to win big in Titans Raffle

The chance to win big while giving back to the Titans Foundation is almost gone, as raffle ticket sales conclude at 11:59 p.m. CT on Dec. 27. Tickets can be purchased at www.tennesseetitans.com/raffle. Proceeds will go towards a jackpot that will pay out to one winning ticket drawn on Dec. 28. The winner will receive 40 percent of the jackpot, with 60 percent going to local non-profits in the Nashville community via The Titans Foundation. With a maximum jackpot of $250,000, one fan could win up to $100,000.

The Titans Foundation distributes donations and grants to non-profits, local organizations and community centers throughout the team’s geographic region. Earlier this year, The Titans Foundation and controlling owner Amy Adams Strunk donated over $1 million dollars to both tornado and pandemic relief across middle Tennessee. Since then, the foundation has continued its work through virtual game day drives at every Titans home game and other community initiatives, despite the challenges of COVID-19.

This week’s Titans Community Drive benefits the Fill the Boot fundraising efforts of Nashville Fire Department and IAFF Nashville Local 140. Funds raised will go towards the Muscular Dystrophy Association. Fans can give at www.tennesseetitans.com/charitydrives.

The International Association of Fire Fighters (IAFF) has collected critical funds for the Muscular Dystrophy Association (MDA) as part of their Fill the Boot program for 66 years. Nashville Fire Department and the IAFF Nashville Local 140’s efforts will help people with muscular dystrophy, ALS and related muscle-debilitating diseases. 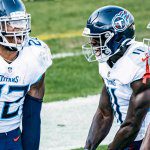 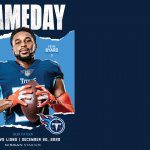