NASHVILLE – The NFL announced today the Week 15 contest between the Titans and Lions will be played on Sunday, December 20 at noon CST.

The game will be played at Nissan Stadium, and will be televised on FOX.

When the NFL schedule was released earlier this year, the date for the Titans-Lions contest was listed as ‘To Be Determined’, with December 19 and December 20 listed as the two options. The league has decided on other games for the Saturday slot, resulting in the Sunday slot for Titans-Lions.

The Titans face the Jaguars this Sunday in Jacksonville. 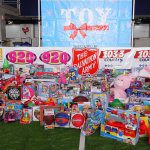 Thousands of Gifts Collected at Toy Field at Nissan StadiumNews 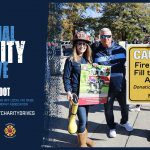