NASHVILLE – Nashville Soccer Club announced today that the club will open its second campaign in Major League Soccer against former USL Championship rival FC Cincinnati at 7:30 p.m. CT on April 17 at Nissan Stadium. The fixture will mark the first MLS meeting between these two rivals.

Separated by four hours, Nashville and Cincinnati met four times during their tenure in the USL Championship in 2018. All three regular season matchups ended in a draw, while their lone playoffs match finished 1-1 with FC Cincinnati ultimately advancing on penalties.

“We are all excited about getting started on our second season in Major League Soccer,” said Ian Ayre, Nashville SC CEO. “Just as we kicked off the 2020 season with an exciting fixture against Atlanta United FC, the ability to match up against FC Cincinnati is a great way to kick off 2021. We are confident, even with current restrictions, that all season ticket members will be able to attend. We will continue to work with MLS, The Titans and Metro to review attendance restrictions moving forwards and to ensure we can continue to give access to as many fans as possible as the season unfolds.”

The club is actively working with city officials and health authorities to determine the number of fans who will be allowed in the stadium. Fans interested in securing a seat for the club’s season opener should pursue a 2021 season ticket membership as Nashville SC Season Ticket Members will receive priority for seating.

Nashville SC will look to continue their run of 2020 home form after earning a remarkable nine-match unbeaten streak that stretched from Aug. 30 to Nov. 4. Nashville finished the season with an overall home record of 5W-2L-5D that includes the club’s first Audi MLS Cup Playoff win in a 3-0 victory over Inter Miami CF.

Visit www.NashvilleSC.com and follow the club’s social channels on Instagram, Facebook, and Twitter to keep up with the team during preseason and as they prepare to kick off their second MLS season on April 17. 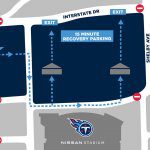 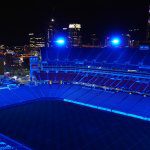