NASHVILLE — The Tennessee Titans today announced that Nissan Stadium will open at limited capacity beginning with the Oct. 4 Titans home game against the Pittsburgh Steelers. The three October home games will gradually increase in capacity with the goal of reaching a fixed capacity for the remaining games in November and December.

The Oct. 4 game will be open to season ticket members up to 10 percent of the stadium’s capacity, which is roughly 7,000 fans in the lower bowl and club levels. The next October home game (Oct. 11) will allow 12.5 percent and the third (Oct. 18) 15 percent. For November until the end of the season, capacity could reach 21 percent, which is the maximum capacity the facility can accommodate under current CDC guidelines. Outside of the seating bowl, suites will operate at a limited capacity.

JUST ANNOUNCED! We are welcoming back Titans fans to Nissan Stadium in October! We have been working hard to make sure all fans have a safe experience when returning to Nissan Stadium. Check out our Safe Stadium Playbook at www.tennesseetitans.com/safestadium for updates!

“We are thrilled to welcome fans back to Nissan Stadium and can’t thank Mayor Cooper and the Metro Nashville Public Health Department enough for their collaboration in making this possible,” said Titans President and CEO Burke Nihill. “The health and safety of our fans, players and staff remains our top priority and we felt like a gradual capacity plan was the right call, knowing that we may need to be flexible as time goes on. We feel confident that our Safe Stadium Plan will give everyone a safe and comfortable experience as they return to our gates.” Detailed information on the Safe Stadium Plan can be found at www.tennesseetitans.com/safestadium. Key components include:

· Mandatory face coverings at all times, except when actively eating or drinking

· Over 300 hand sanitizing stations throughout the stadium

· Elimination of all smoking and vaping areas in the facility

We're excited to welcome you back to Nissan Stadium! pic.twitter.com/g4YIMK4fgO

Fans will be asked to arrive early and head straight to the gates after they arrive. After consulting with local and national health experts, there will be no tailgating or pre-game activities allowed outside of the stadium. The stadium will have dedicated security crews throughout Nissan Stadium to enforce all Safe Stadium policies.

The Titans home game against the Jacksonville Jaguars on Sept. 20 will remain closed to most fans, except for the winner of the Titans’ previously announced “Home Alone Sweepstakes” and their guest, two season ticket member accounts given two passes each and one pair of passes dedicated to a frontline worker in the community. 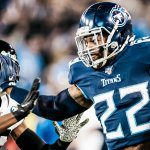 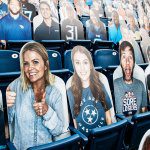