NASHVILLE — The Tennessee Titans (1-0) play their home opener this week against the AFC South rival Jacksonville Jaguars (1-0). Kickoff at Nissan Stadium is scheduled for noon CDT on Sunday, Sept. 20.

For the first time, the Titans will host a game at Nissan Stadium with no fans present. In August, the Titans and the city of Nashville announced the decision that no fans would attend the contest due to COVID-19 restrictions. No decision has been announced for the remaining Titans home dates, including three games in October.

With a win this week, the Titans would even their all-time record to 11-11 in home openers at Nissan Stadium, which opened in 1999.

The Titans will have a short week to prepare for the Jaguars after traveling to Denver in Week 1 for Monday Night Football. They escaped Mile High with a hard-earned 16-14 victory after Stephen Gostkowski made a go-ahead 25-yard field goal with 17 seconds remaining in the fourth quarter.

Starting quarterback Ryan Tannehill led his 17th career game-winning drive, capping a game in which he completed 29 of 43 passes for 249 yards and two touchdowns. Running back Derrick Henry totaled 116 rushing yards on 31 attempts to notch his 14th career 100-yard rushing game (regular season and playoffs) and his eighth such performance in his last 10 regular season and postseason contests.

Meanwhile, the Titans defense limited the Broncos to 122 total yards in the second half. Safety Kevin Byard and defensive tackle Jeffery Simmons combined for the game’s only takeaway, with a forced fumble and recovery, respectively.

The Jaguars are in their fourth full season under head coach Doug Marrone, who led the team to a division title in 2017. They are looking to rebound after a 6-10 finish in 2019. In Week 1, the Jaguars hosted the division rival Indianapolis Colts and won 27-20. They were outgained in total yards 445 to 241 but recorded two interceptions and scored the game’s final 10 points.

Jaguars second-year quarterback Gardner Minshew completed 19 of 20 pass attempts (95.0 percent) for 173 yards with three touchdowns and zero interceptions for a 142.3 passer rating. He became the fourth quarterback in NFL history with a completion percentage of 95 of higher (minimum 20 attempts) in a single game. 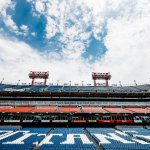 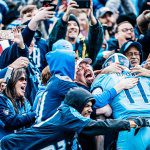 Nissan Stadium to Open at Limited Capacity for Titans Games in OctoberFootball, News