NASHVILLE — A promising start turned into a miserable finish on Thursday night for the Tennessee Titans.

Now, the Titans need to find a way to clean things up if they’re going to stay in the race for the AFC South title.

On national television, the Titans couldn’t get stops on defense, the offense ran out of gas in the second half, and the special teams unit made things worse with several costly blunders as the game took an ugly turn. Running back Derrick Henry ran for 103 yards for the Titans, but it wasn’t enough as the Colts scored 24 straight points to take control of the game.

As a result, the Titans dropped to 6-3, and they’re now tied with the Colts in the AFC South with seven games to play. The Titans and Colts meet again on November 29 in Indianapolis.

“Everybody needs to look themselves in the mirror and try and figure out exactly what is going on,” safety Kenny Vaccaro said. “If you play like that in this league, you’re not going to win many games, and we understand that.”

The Titans were outgained 430 to 294 yards in the contest, as the team was held scoreless in the second half.

Colts quarterback Philip Rivers completed 29-of-39 passes for 308 yards and a touchdown in the contest, while the Titans hurt themselves with drops and missed opportunities.

“We have to clean things up and start playing better, plain and simple,” said Titans quarterback Ryan Tannehill, who completed 15-of-27 passes for 147 yards and one touchdown. “We’ve been inconsistent. We’ve done some good things but we’re just not consistent enough as a team and just not making enough plays.

“… We can’t wait around any longer. We have to take it up a notch and be ready to play our best football every Sunday from here going forward. The onus is on us to take a critical look at ourselves and do whatever it takes to clean it up and make the plays on Sundays.”

Art Smith drawing it up! #INDvsTEN

The Titans started fast, scoring on their opening drive on a five-yard touchdown pass from Tannehill to running back D’Onta Foreman, which capped a six-play, 67-yard drive on the team’s opening possession.

When the Colts tied the game at 10-10 on a 13-yard touchdown pass from Rivers to running back Nyheim Hines, the Titans bounced back near the end of the first half, capping off a long drive with a one-yard touchdown run by tight end Jonnu Smith, which made it 17-10 with 2:54 left before halftime.

The Fresh Prince of Ocala #INDvsTEN

Another field goal from Blankenship on the final play of the first half made it 17-13 Titans at the break.

In the second half, the Titans got a goal-line stand midway through the third quarter, as they stopped the Colts on 4th-and-goal from the one-yard line. Linebacker Rashaan Evans corralled Colts running back Jordan Wilkins at the one, and the Colts were unable to get point after having a 1st and goal at the Tennessee five.

Everything went downhill from there.

A 17-yard punt by Titans punter Trevor Daniel gave Indianapolis the ball at the Tennessee 27-yard line, and the Colts cashed it for a two-yard touchdown by Hines to take a 20-17 lead.

Things then got worse, as Daniel’s next punt was blocked and returned for a touchdown to give the Colts a 27-17 lead with 1:52 remaining in the third quarter. Gostkowski missed a 44-yard field goal at the start of the fourth quarter as the special teams problems continued.

When the Colts got the ball back, quarterback Jacoby Brissett finished off another long drive with a one-yard touchdown run to make it 34-17 with 9:21 left in the contest.

It was just too much for the Titans to overcome.

The Titans return to action against the Ravens on November 22 in Baltimore.

“We have to get it figured out quick, because we have two great teams these next two weeks,” Vaccaro said. “We have to come back and get ready to go on a good stretch. We have to be ready to be Baltimore and after what happened last year, they’re going to be ready.” 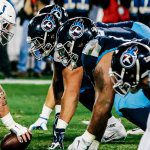 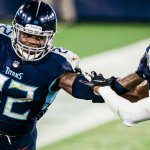