A season after capturing the AFC South title, the Titans have been rewarded with three primetime contests.

Two of them will be played at Nissan Stadium.

On Wednesday morning, the NFL announced the Titans will kick off the 2021 season on September 12 against the Arizona Cardinals at Nissan Stadium. The game is scheduled for noon on CBS.

On Wednesday night, the entire schedule was released by the Titans, including the team’s three preseason contests.

The Titans are also scheduled to play at the Los Angeles Rams on Sunday Night Football on NBC on November 7 at 7:20 p.m.

Those are among the highlights on the schedule, which includes eight games against teams that went to the playoffs in 2020.

The Titans will play three of their first five games on the road, including a Week 2 contest at Seattle on September 19.

A difficult stretch against five teams that went to the playoffs in 2020 begins with the Oct. 18 game against the Bills and continues with contests against the Chiefs (Oct. 24), at the Colts (Oct. 31), at the Rams (Nov. 7), and vs the Saints (Nov.14).

The bye week is scheduled for Week 13.

“I know this is a fun day for our fans, team and organization as we get ready for football this fall,” Titans Coach Mike Vrabel said. “We understand how critical each game is on our schedule and there will certainly be difficult stretches each season because of injuries, opponents and travel.

“We are excited our fans get to experience a couple of home primetime games and our players certainly feed off the fans’ energy. We will be opening at home for the first time since I became head coach and I am happy our fans will be there to kick off the season with us.”

The Titans’ strength of schedule is the 13th most difficult in the NFL based upon their opponents’ combined 2020 winning percentage of .507 (138-134). 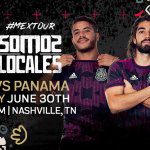 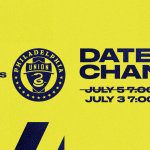