Fans can purchase tickets at www.MexTour.org starting Monday, May 17 at 10 a.m. CT

NASHVILLE, Tenn. (May 11, 2021) – International soccer will return to Nissan Stadium this summer as the 2021 MexTour stops in Nashville. Federación Mexicana de Fútbol (FMF) and Soccer United Marketing (SUM) today announced that the Mexican National Team will take on Panama on Wednesday, June 30, 8 p.m. CT, just days before the start of the region’s top national team competition, the Concacaf Gold Cup.

The Mexican National Team U.S. Tour will be making its second-ever MexTour stop at Nissan Stadium, home of the NFL’s Tennessee Titans and Major League Soccer’s Nashville S.C. In 2016, Mexico defeated New Zealand 2-1 in front of a then state soccer record of 40,287. The venue has hosted two Concacaf Gold Cups and several international matches, including a 2018 game between the U.S. and Mexico.

Mexico and Panama have played 21 all-time games, recording a record of 14 wins, two losses and five draws, with Mexico scoring 39 goals to Panama’s 14. The two teams last met on November 15, 2019 in a Concacaf Nations League match, with Mexico winning 3-0.

Tickets for the Nashville match will go on sale to the general public on Monday, May 17 at 10 a.m. local time through www.MexTour.org. Fans in attendance will be required to adhere to all MexTour, stadium and local health guidelines. MexTour fans can now book their hotel accommodations to the match through the official MexTour hotel link, https://hotels.mextour.org/.

MexTour
Mexican National Team U.S. Tour matches have become one of the most popular events within the sport, with an average of approximately 60,000 fans per match in the last decade. The Mexican National Team matches allow the team to prepare for important competitions like the FIFA World Cup and Concacaf Gold Cup and reach their fervent fan base across North America. A 2020 study by Equation Research identified 60 million fans of the Mexican National Team in the United States, contributing to the rising attendances and home team environment in cities throughout the country. 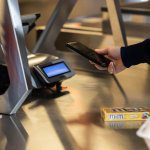 Nissan Stadium Transitions to Cashless Payment For All Future EventsEvents 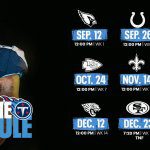