“We look forward to hosting Music City Blitz at Nissan Stadium each year. The event celebrates athleticism at all levels and provides a tremendous support for Special Olympics Tennessee, an organization that is extremely special to the Titans,” said Titans Director of Marketing, Youth and Community Engagement, Josh Corey. “I have served on the Board of Directors for Special Olympics Tennessee for more than four years, and I am continually amazed at the talent and drive of their young athletes.”

This official 5v5 flag football tournament is played in one day on Nissan Stadium’s field. Divisions are available in Competitive (Top Gun), Recreational, Co-ed, 35 and Over, and Battle of the Badges. Teams are allowed up to 15 players; all must be 18 years of age or older to participate. Field size is 25 yards x 70 yards with each team guaranteed three games on the field at Nissan Stadium.

“Special Olympics Tennessee offers athletes an opportunity to enjoy year-round sports and competition, something the Titans have supported for many years. Music City Blitz is one of our favorite events to highlight our athletes and welcome others to join the fun competing in Nissan Stadium,” said Adam Germek, President and CEO of Special Olympics Tennessee. “This year’s event was extra special as we watched our athletes play alongside Coach Vrabel and other NFL greats.”

All proceeds raised by flag football teams benefit Special Olympics Tennessee athletes and help foster the mission of providing year-round sports training and athletic competitions in a variety of Olympic-type sports for children and adults with intellectual disabilities, giving them continuing opportunities to develop physical fitness, demonstrate courage, experience joy and participate in a sharing of gifts, skills and friendship with their families, other Special Olympics athletes and the community.

Those who hope to support Music City Blitz can do so by registering a team to play, donating to the organization or volunteering at the event. Please visit www.specialolympicstn.org for more information. 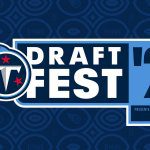 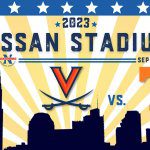